This guide is created by CRxTRDude as a little archive of knowledge and a makeshift 'documentation' of progress for his mod Nikki Shore and now is sharing them to the community for people who aspire to make games with the Xash3D engine.

For further discussion and additional suggestions about the cookbook, see this CS-Mapping thread.

What is XashXT, you might say? From the XashXT help file:

»XashXT is an extension mod that brings lots of new functionality for mod authors working with Xash3D. Xash3D is an independent game engine that is fully compatible with GoldSource (Half-Life) and has a number of advantages over it.»

Well as it says, XashXTis just a mod for Xash3D, the open-source game engine compatible with GoldSrc (or GS as we can call it from now on), the Quake-derived engine that powered Valve Software's 1998 Game of The Year, Half-Life and subsequent expansions and mods such as Day of Defeat, Team Fortress Classic and Counter-Strike before the release of their more beefier and better Source engine.

The engine improves on GS in many ways, from having extending the engine's limits, to adding new capabilities to the engine, making it a robust and if not better engine than GS, which is now out-shined by it's superseding engine, Source. The engine is highly compatible with Half-Life, it's single-player expansions and the various single-player mods. Emphasizing single-player, because as of this date, the multi-player functionality is still on the process and will be fixed soon. So far, almost all the functions of Half-Life are compatible to the point that it's not that distinguishable anymore from it's original GS engine. For more information on the features of Xash3D, check out the feature list here.

The XashXT mod (originally XashMod) is a complete Software Development Kit for Xash3D. Complete, because the mod can also run without Half-Life resources, hence you can make even a full game with just XashXT! XashXT gives the robust features that you seen in Half-Life with better features and capabilities. 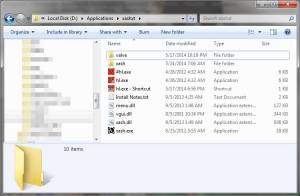 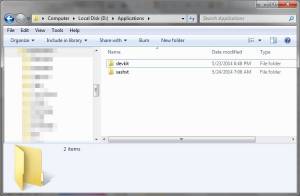 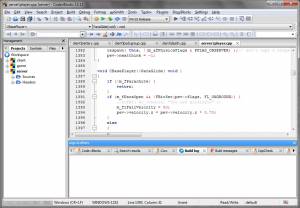 From there, you can play Half-Life or other mods. But why stop there? You can continue and start making the mod already now that everything is set-up! You can now continue the tutorials in sequence. See the bottom bar for details

1) IDE = Integrated Development Environment. A fancy name for a programmer's Notepad. It's just that it's INTEGRATED with the compiler programs and debugging in one place, so you don't have to search for them.
xashcookbook/en/start.txt · Последние изменения: 2014/06/08 15:54 — crxtrdude